Dennis Edward Leaney was born in Wivelsfield Green, Sussex, one of 5 boys and a girl.

A member of the ATC at school, Dennis was keen to follow in the footsteps of his brothers who enlisted during WWII. He tried to become a pilot in the the Fleet Air Arm & RAF before finally getting airborne in 1945 when he volunteered for the Parachute Regiment, undertook basic training and was posted to 4th (Wessex) Parachute Battalion (4 PARA).

In 1946 he was deployed to Palestine, taking part in the clearance of the bombed King David Hotel.

Dennis was demobbed in 1947. He joined Hertfordshire Constabulary and on passing out was posted to Welwyn Garden City.

On 5 March 1949 Dennis married Freda Collins in Burgess Hill and they moved to Baldock, Hertfordshire. In 1960, Dennis was promoted to Sergeant in Hemel Hempstead. In 1963, he became Sergeant in Buntingford.

Dennis was a keen golfer, gardener and member of the Luton branch of the PRA.

He remained a serving Police Officer until his death in October 1971, aged 45. He is survived by Freda, their two children, Susan and Nigel and has three granddaughters that he never got to meet. 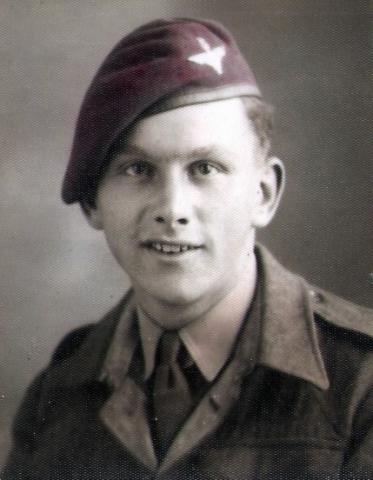