Dennis Boardman served in the Royal Artillery prior to volunteering for airborne forces during World War II.

He qualfied as a military parachutist on course 96, which ran at RAF Ringway in November 1943.

Pte Boardman was posted to 13th Parachute Battalion and subsequently took part in the campaign in north west Europe in 1944-45. 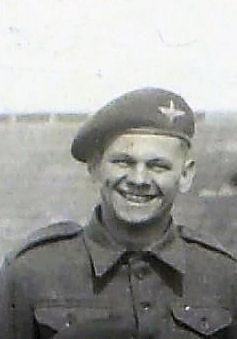