Denis H Pendlebury enlisted into the General Service Corps in March 1945 and shortly after volunteered for airborne forces. He was sent to The Army Air Corps/ Airborne Forces Depot based at Albany Barracks on the Isle of Wight.

He was posted to the newly formed 17th Parachute Battalion at Gordon Barracks, Bulford. On 24 March 1946 he sailed from Southampton on board SS Oronates to Port Said, a journey which took 9 days. After a few days under canvas in the Canal Zone he travelled by train to Palestine.

Pte Pendlebury spent almost two years on internal security and was involved in the 'search of Tel-Aviv'. In July 1947, Pte Pendlebury made 3 descents from a Dakota at RAF Aqir whilst carrying a 3in Mortar Barrel. He returned to the UK in December 1947 on board SS Arundel Castle.

Pte Pendlebury was demobbed in February 1948. 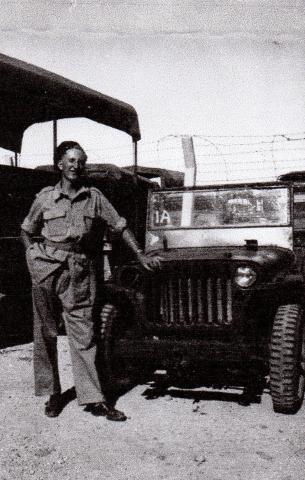