Dean Ward grew up in Loughborough, and became a labourer/laminator prior to enlisting in the British Army.

He joined 480 Platoon, Recruit Company at Depot The Parachute Regiment and Airborne Forces, Browning Barracks, Aldershot on 11 January 1982. The recruits became known as the ‘film stars’ platoon as the BBC made and broadcast a programme called ‘THE PARAS’ on their training.

Dean Ward had wanted to join the army ever since the age of thirteen, when he had got a foretaste of military life in the Army Cadets. He had wanted to enlist as a junior at sixteen, but his mother would not let him because of the trouble in Northern Ireland and she tried to dissuade him again when he was eighteen. However, much as he respected his mother’s wishes, Dean insisted that his mind was made up. So, bowing before the inevitable, she gave him a big surprise farewell-party on the Friday before he joined, and sent him on his way with her blessing.’ [1]

Upon completion of his training on 16 July 1982, he was initially posted to 1 PARA, then stationed in Northern Ireland. After a few months he was then posted to 3 Platoon, A Company, 2nd Battalion, The Parachute Regiment, then based in Montgomery Lines, Aldershot.

His first major overseas deployment was to Belize in Central America in 1983. A Company, 2 PARA, was based at Salamanca Camp in the south west of the country and conducted border patrols, border Observation Post duties, jungle training and patrols, camp defence duties, and generally was prepared to resist any invasion by Guatemalan forces.

Dean retired from the Army in 2004 and settled in Portsmouth.

[1] THE PARAS By Frank Hilton. 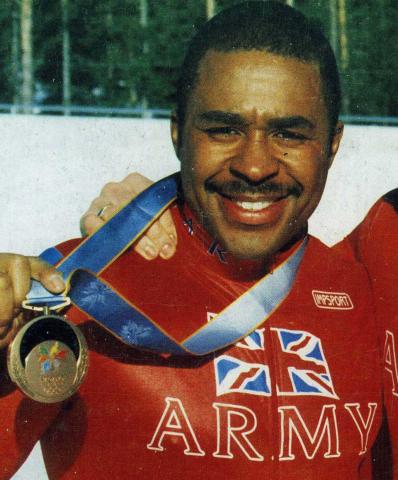