David Samuel Lord was a Flight Lieutenant in 271 Squadron, RAF during World War Two. On 19 September 1944,  during the Battle of Arnhem, men of the 1st Airborne Division were in desperate need of supplies. Flight Lieutenant Lord, flying a Dakota KG374 through intense enemy anti-aircraft fire was hit twice and had one engine on fire. He managed to drop his supplies, but at the end of the run found that there were still two containers left. Although he knew that one of his wings might collapse at any moment he nevertheless made a second run to drop the last supplies, then ordered his crew to bail out. A few seconds later the Dakota crashed in flames with its pilot.

Only the navigator, F/Lt Harold King survived, becoming a prisoner of war. It was only on his release in mid 1945 that the story of Lord's action was made known, and David Lord was awarded a posthumous Victoria Cross. He is buried alongside his crew in Oosterbeek Military Cemetery, Arnhem.

On September 19th, 1944, Flt. Lieut. Lord was pilot and captain of an aircraft detailed to drop supplies to our troops, who were closely surrounded at Arnhem. 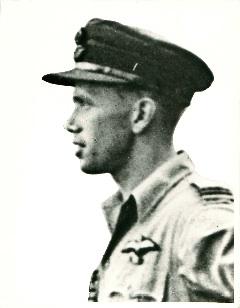