David Falcon Mallam began his military career at Sandhurst in 1957 and served with 3 Royal Tank Regiment before undertaking a number of staff posts.

In 1971 David served with the Para Sqn RAC and began a long association with airborne forces and the Army Air Corps, resulting in him becoming CO of 3 Regt AAC in 1975.

After concluding his military career as Commandant of the AAC Centre in 1985, David continued his association with airborne forces as Regimental Secretary of The Parachute Regiment in the late 1980s, where he was a driving force behind the 50th anniversary of the formation of airborne forces - PARA 90.

Always a passionate supporter of heritage, David invested a great deal of time with the Army Air Corps Museum at Middle Wallop and, latterly, provided tremendous support to the Airborne Assault Museum at Duxford, and, in particular, ParaData. Travelling around the country David interviewed many veterans and cajoled others into uploading their histories. 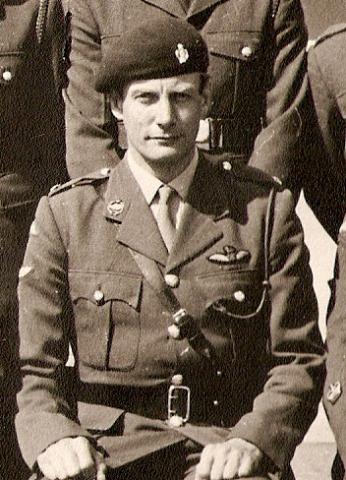