David John Garside served with 10th Battalion, The Parachute Regiment (V), (10 PARA (V) ) and was killed in a training accident during a recruit training cadre on 11 July 1979.

For his gallant actions that day he was posthumously awarded the George Medal in March 1980.

MINISTRY OF DEFENCE, HONOURS AND AWARDS, CENTRAL CHANCERY OF THE ORDERS OF KNIGHTHOOD

The QUEEN has been graciously pleased to approve the posthumous award of the George Medal to: 23913522 Sergeant David John GARSIDE, 10th (Volunteer) Battalion, The Parachute Regiment. On 11th July 1979, during recruit cadre training at Sennybridge, Sergeant Garside, a Territorial Army Senior Non-Commissioned Officer in the 10th (Volunteer) Battalion The Parachute Regiment, was supervising live grenade throwing. During the live grenade throwing an incident took place when a recruit, in the act of preparing to throw a live grenade, allowed the striker level to spring off prematurely, and at the same time appeared to freeze with the grenade in his hand. 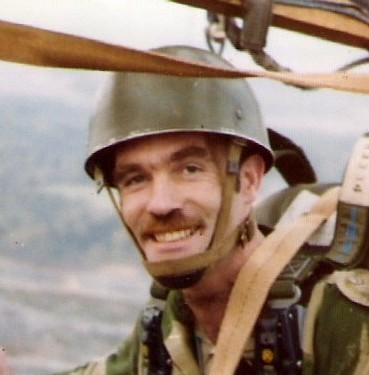