Ranger David Dalzell was 20 years-old and came from Bangor in County Down, Northern Ireland. On completion of his recruit training he joined 1st Battalion the Royal Irish Regiment at Tern Hill, Shropshire, in July 2010. Ranger Dalzell was posted to A Company, where he served with distinction for 6 months. David was on his first deployment, and was quickly identified as a quality soldier. He was always the first to volunteer. Despite a very short time in the Army he quickly established himself amongst his fellow Rangers as a resilient and trustworthy soldier. Dal, as he was known, has made a lasting impression. Ranger Dalzell was killed in an operational accident on 4th February 2011 whilst working at Checkpoint RANGER in Nad-e-Ali, Helmand Province, Afghanistan. He leaves behind his father Gordon, his mother Susan, his sisters Kelly, Catherine and Rachael and his brothers Gareth, Mark and Stewart.

REPATRIATION REPORT Thursday 10 February, 2011 From operations in Afghanistan, the repatriation of:

Ranger Dalzell's parents, Gordon and Susan, said: "David was a loving and caring son and he was very proud to be a soldier. 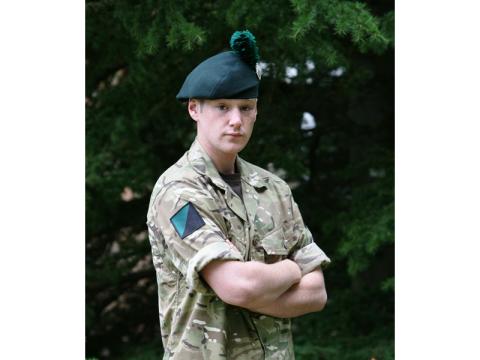