David Baird was born in Glasgow, Scotland in March 1918.

He appears to have started his military service in the RE driving trucks and was a part of the BEF that went into France during the early stages of the war. He then became a member of 4 Para Sqn RE 3 Troop. David was a member of the 2nd sea tail during operation Market Garden in September 1944.

It is believed that he participated in some of the Adelaide Dunkirk Veterans Association events (lending credence to his being part of the evacuation). He appears to have passed Parachute Course No 41 at the Ramat David Airbase in May of 1943. His son is  aware of stories in which he spent at least some time in the desert, potentially part of the first and/or second battles of El Alamein. 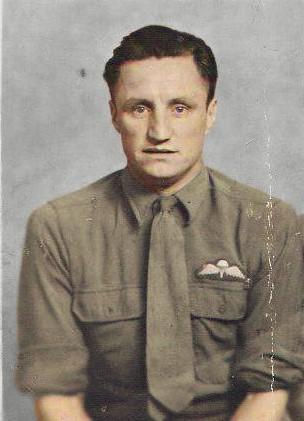