He volunteered for airborne forces in October 1942, completing parachute course 92 at RAF Ringway. The course instructors' comments stated – “Very keen and cheerful, average performer”. McGowan subsequently served as the Roman Catholic priest to units of the 4th Parachute Brigade and was billeted with 133 Para Field Ambulance prior to Arnhem.

McGowan jumped into Arnhem on 18 September 1944 with 4 Para Brigade HQ under heavy fire. Immediately after landing he went about his duties of assisting the wounded and burying the dead of both sides. Two days later he was in a British Main Dressing Station (MDS) which was captured, 40 wounded men were moved into a school without medical staff and McGowan voluntarily cared for them for the next 24 hours with what assistance he could gain.

He returned to Oosterbeek following the British evacuation of the area to bury the dead and rescue the abandoned wounded. The area was under German control but McGowan moved freely with no protection other than his clerical collar. He was repeatedly stopped, arrested and questioned but was allowed passage and between 28 September and 6 October 1944 McGowan buried many of the dead and recorded the graves of others. He also brought in wounded to St Elizabeth Hospital at Arnhem and searched for comforts and equipment for the injured. Whilst carrying out these actions he was frequently under fire from British guns and aircraft.

McGowan helped Brigadier Shan Hackett to escape from St Elizabeth Hospital. Later, while working at Apeldoorn Hospital, McGowan escaped on 16 October with Lt Col Martin Herford, an RAMC Officer. They made it to the banks of the Rhine, however McGowan was captured by a German soldier while Herford was looking for a safe river crossing point.

He was held as a PoW for the remainder of the war and awarded the Military Cross in 1945, in recognition of his gallantry at Arnhem.

McGowan resigned his orders after war, married and worked in education.

Sadly in 1952, he developed severe Polio, which left him badly disabled, although he was able eventually to return to work in education for many years.

Daniel McGowan, one-time Roman Catholic Padre to the 4th PARA Brigade, died peacefully in a nursing home near to his house in Yorkshire, on 8 July. 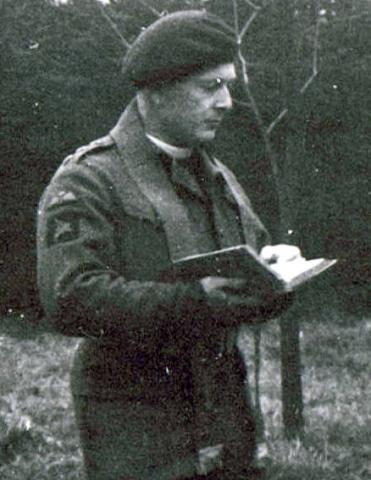