Daniel Lydon was a Catholic from Galway in the Irish Republic who travelled to Omagh in Northern Ireland to enlist in the British Army in April 1942 and joined the Royal Ulster Rifles.

Throughout his service Daniel’s proficiency with small arms, rifle and light machine gun was consistently rated as first class.

He served as a Bren Gunner with the 1st Battalion, RUR, part of 6 Airlanding Brigade, during the Normandy campaign. He fought with the Battalion throughout its actions in the bridgehead area taking part in the breakout, Operation Paddle, and the advance to Honfleur in August.

While in Normandy his unit ran short of food. As the Bren Gunner, Daniel also carried a sidearm and was tasked with killing a goat they had encountered. He went up to the goat and shot at its head; however the bullet glanced off the goat's thick skull and it escaped, kicking them all as it ran off. One lucky goat!

He returned to the UK in September 1944 when the 6th Airborne Division was withdrawn from the campaign.

Daniel’s service records indicate that he did not return overseas with the 1st Battalion for further operations although he continued to serve with the RUR until eventually discharged on 13 December 1945.

By ParaData Editor (HG) with the kind assistance of Raf Lydon 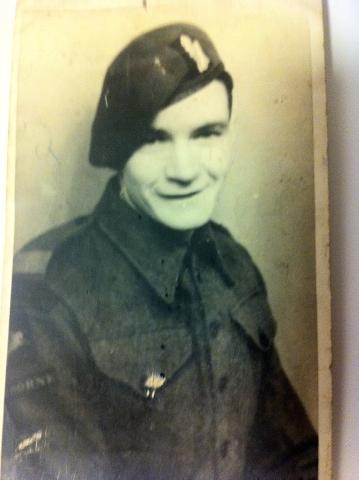