Daniel James Rogers served with the Coldstream Guards in 1994.

After attending a medic course he was posted to 10 Plt, D Coy, 2 PARA in 1998 from a year and served with them in Northern Ireland and Canada.

On returning to the Territorials in 2002 (after the disbandment of 10 PARA (V)), Pte Rogers joined 4 PARA. Mortars in Croydon.

He served a Full Time Reserve Service (FTRS) tour in the Balkans as a dog handler.

On his return in February 2003 he was posted to 1 Mobile Support Group, Support Coy, 1 PARA for Operation Telic.

Pte Rogers left 10 Coy 4 PARA in December 2004 to return to Iraq as a civilian working throughout the country for the US Dept Of Defence for 4 years. 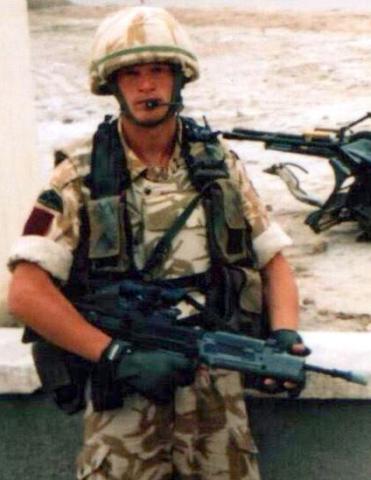