Private Conrad Lewis was born in Bournemouth on 21 October 1988.

An active individual with a taste for adventure he joined the Territorial Army in August 2008, completing his recruit training and the rigorous Pre-Parachute Selection Course, P Company.

Originally serving in 4th Battalion The Parachute Regiment (4 PARA), the Territorial Army Battalion, Private Lewis was accepted for a full-time reserve service appointment in 3 PARA in July 2009. Private Lewis was quick to integrate at his new battalion, deploying to Oman with C Company and then moving across to the Machine Gun Platoon, Support Company in the run up to the Battalion's operational deployment. Fighting as a member of a Fire Support Group, he proved an exceedingly competent soldier and was selected as lead scout for his section.

A volunteer for this highly dangerous but critical position, his diligence and bravery were the first line of defence for his fellow paratroopers. An intelligent individual, Private Lewis knew the risks but, day in day out, he was still the man at the front of every patrol, coolly facing the threat and keeping his friends safe.

On 9 February 2011, Private Lewis deployed as part of a foot patrol to reassure the local population and gather census information in a small village north of the Nahr-e Bughra Canal. The patrol came under fire and, during the ensuing firefight, Private Lewis received serious gunshot wounds. Despite receiving immediate medical attention at the scene, and extraction by helicopter, Private Lewis sadly died of his wounds.

The family of Private Lewis said: "Conrad was an outstanding young man, with a character the depth of which you only truly find out in these sad circumstances. 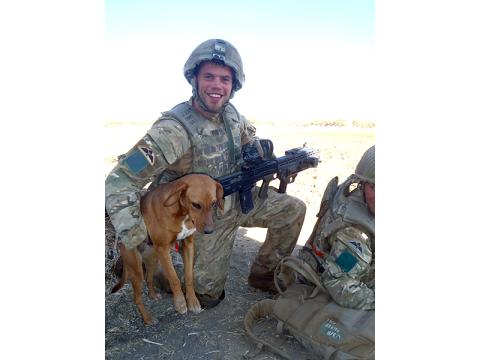 Malcolm Rowlands said:
From West Berks PRA
Reading the comments posted so far we cannot help feeling incredibly proud of you. You were clearly the very finest of Paras and we are so sad that your life should have been cruelly cut so short. Rest in Peace, Airborne Brother.
John Newman said:
From all members of the Portsmouth branch of the PRA (Pompey Paras):
'Sleep well Conrad and join the rest of the Airborne brothers up there, rather have you down here though.'
Stuart Cook said:
From Grimsby & Cleethorpes Branch P.R.A.

We add our condolences and deep sympathy to the family and friends of Pte. Lewis. He died fighting for a free world. A true Airborne Soldier.