Colin Leo Bliss enlisted into The Bedfordshire and Hertfordshire Regiment and volunteered for airborne forces at an early stage during World War II.

He served in 11 SAS Battalion and when it was redesignated as 1st Parachute Battalion to form part of 1st Parachute Brigade in September 1941, he was appointed acting Company Sgt Major of S Company. Colin later attended the 1st Advanced Parachute Training Course run at RAF Ringway for members of the Brigade in January 1942.

He was granted an emergency commission on 5 December 1942 and subsequently served with 12th Parachute Battalion.

Colin had been promoted to Captain by the time he took part in the Normandy landings in June 1944.

The battalion captured Ranville, after parachuting into France in the early hours of 6 June, and later supported the attack on enemy forces at St. Honorine.

After sustaining significant losses, Captain Bliss was appointed as acting officer commanding of a Composite Company when the battalion moved to a reserve area on 18 June.

On 3 July, when a further reorganisation took place, Major Bliss took over command of A Company.

Later, on 7 July an advance platoon of A Company attempted to gain forward positions but the leading section was caught by heavy mortar and machine gun fire. In response, Major Bliss picked up a Bren Gun, and firing from the hip moved towards the enemy, but was also wounded and later died from his wounds. 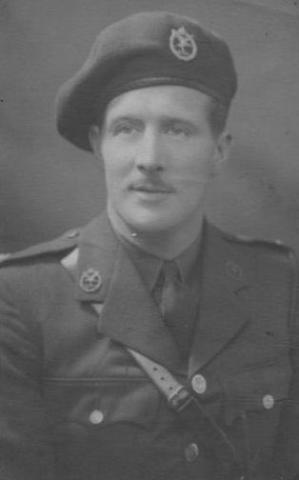