Colin Edmund Macduff-Duncan was born in Edinburgh and attended Royal Military College, Sandhurst. He commissioned into The Royal Scots (The Royal Regiment) in January 1939.

In 1944 he volunteered for airborne forces with 7th Battalion The King's Own Scottish Borderers (KOSB). Lieutenant Macduff-Duncan qualified as a military parachutist on course 125 which ran at RAF Ringway in July 1944.

Lt Macduff-Duncan went on Operation Market Garden (Arnhem), attached to Divisional Headquarters as the Junior Liaison Officer with the 1st Airlanding Brigade. He was awarded the Military Cross for his actions during the battle of Arnhem. Lt Macduff-Duncan returned across the river Rhine.

In 1950 Captain Macduff-Duncan MC was attached to the 3rd Battalion The King's African Rifles in Kenya.

He was married to Mary Hickson in August 1950 in Kenya and they had two sons.

Major Macduff-Duncan MC retired in May 1954 and left the Reserve of Officers in January 1968. 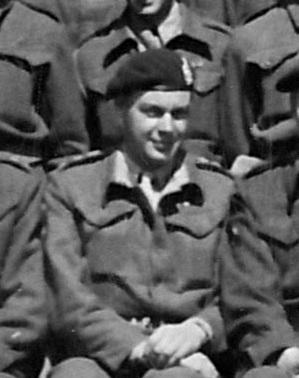