Clifford Robinson came from Stockport, Cheshire, and enlisted into the Border Regiment on 1 July 1940.

He volunteered for airborne forces at the formation of No 1 Parachute Brigade. After initial training at Hardwick Hall he was posted to 2nd Parachute Battalion and attended parachute training course No 2 (for personnel of No 1 Para Bde) which ran at RAF Ringway from 18 to 30 November 1941. The course cadre comprised of 139 men from B Company, 2nd Battalion and 131 men from B Company, 3rd Battalion.

He returned to RAF Ringway on 18 January 1942 for the second advanced parachute training course, attended by 208 men of the 2nd Battalion. The purpose of the advanced training was to raise the men's proficiency in quick exits in larger sticks with arms containers. In addition to ground instruction the men were required to perform a night balloon jump and two aircraft descents in sticks of 10 with containers (the maximum size that could jump from the converted Whitley bombers).

Pte Robinson successfully completed a balloon descent but was injured on his first aircraft descent when he sprained his ankle on landing. This is likely to have been due to the weather conditions which were severe -  the ground hard with frost and a good deal of fog prevailed for most of the time. As a result almost 10% (26 men) of the cadre sustained injuries on the course. The majority of these were relatively minor (sprains and bruising) although four cases were more serious including one parachutist who broke his back.

It took several weeks for Pte Robinson's ankle to recover and as a result he was posted to the Y (Sick) List but returned to the 2nd Battalion on 18 February.

It appears he may never again have been fully fit for parachuting after the injury at Ringway. Records show he was posted out of the 2nd Parachute Battalion in June and it appears he was medically discharged from the army in September 1942. 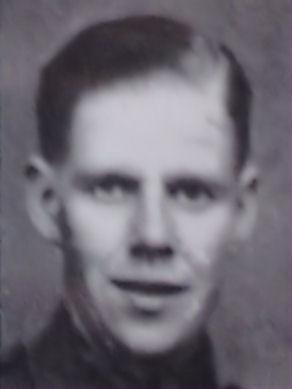