Staff Sergeant Clifford Wedgbury joined the Glider Pilot Regiment in the Summer 1942, after learning to fly at No 21 Elementary Flying Training School, RAF Booker in July 1942.

By late 1944, he had become part of 14 Flight, F Squadron of the Glider Pilot Regiment and flew to Arnhem, during Op Market Garden. After taking part in the ensuing Battle of Arnhem, he managed to escape across the Rhine and returned to the UK.

After the conflict, he returned to the battlefield and devoted some time to plotting the course of the conflict, with particular emphasis on the glider pilots involved in the Battle.

With assistance from Mike Peters and Peter Clarke 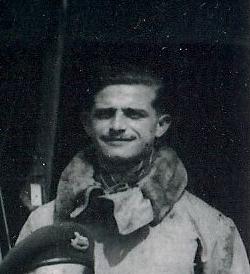