After attending both the Junior Non-Commissioned Officer (JNCO) Course at the Household Division and Parachute Regiment Centralised Courses (HDPRCC) and the 3 PARA Patrols Cadre, Pte Wells moved to Patrols Pln, D Coy, 3 PARA. Whilst deployed on Operation Telic he was promoted to Lance Corporal.

In 2006 he attended The Royal Military Academy Sandhurst (RMAS) and was commissioned into The Parachute Regiment in October 2007.

After Platoon Commanders Division in Brecon, 2nd Lieutenant Wells was posted to 1 PARA in January 2008 and promoted to Lieutenant three months later.

Lt Wells was awarded a Joint Commander's Commendation during deployment to Afghanistan in 2008/2009 on Op Herrick. He completed the 75th Ranger Regiment Course in America and then deployed on a Short Tern Training Team (STTT) to Africa in 2009. He again returned to Afghanistan with 1 PARA in 2009/10.

Lt Wells was then posted to ITC Catterick as a Platoon Commander in PARA Coy in 2010 and promoted to Captain that October.

Capt Wells served on the Op Ellamy (Libya) CCCT (Current Commitment Crisis Team) in MOD Main Building (Whitehall) during the summer of 2011 before returning to 1 PARA until 2013.

He was subsequently posted to 4 PARA as the Adjutant in June, 2013. Since then he has promoted to Major and has served in the role of Battalion Second in Command (Bn 2iC) still at 4 PARA, this has recently changed to the post of XO (Executive Officer). 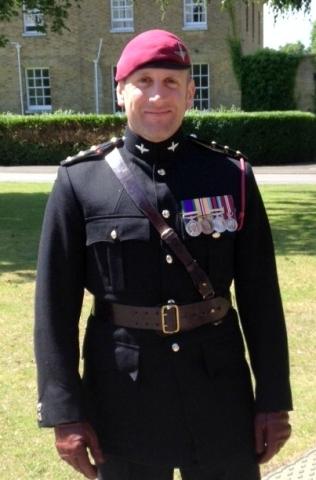