Chris Saunders served with Airborne Forces in the late 1940s. 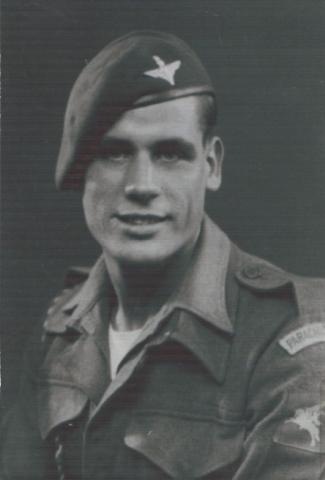