'Yoxy' Baker enlisted into the Army around 1934 and was one of the ealier volunteers for parachute training in World War II.

He served at the Battle of Arnhem as part of No 2 Section, 1st Airborne Division Provost Company, attached to 4th Parachute Brigade and recalled:

"We met a lot of flak on the way in, but what a sight at the DZ. Thousands of blokes, hundreds of gliders and the ground littered with vehicles and discarded parachutes. There were a number of fires burning and machine guns chattering away from the cover of some trees. We captured some very non-descript scared Germans, but took a fair number of casualties."

His group ran into opposition shortly after leaving the DZ, while following the railway line in the direction of Arnhem, and he lost contact with the rest of No 2 Section. He joined up with a group of glider pilots and fought his way through to Divisional HQ at the Hartenstein where he reported to the Provost RSM for duty.

He was one of only two members from No 2 Section who were able to withdraw with the remnants of the 1st Airborne Division across the river to the safety of allied lines at the end of the battle.

After leave he was posted out of the Airborne but remained with the Corps of Military Police and returned to Europe with his new company until the end of the war. 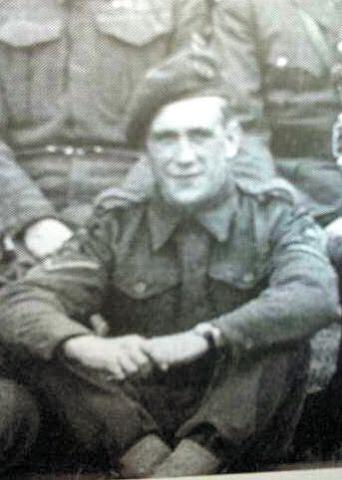