Private Duncan was serving at M'Sakan in North Africa as a member of the Signal Platoon of the 4th Battalion The Parachute Regiment. On 10 July 1943 his Battalion should have made a parachute descent in Sicily. But, after a long weary wait at the airfield the operation was postponed for some reason and the troops returned to camp. They went back to their billets and started stripping off their equipment and storing away their arms.

All the parachutists had live grenades in their pouches and one of their first tasks was to render them safe by unscrewing the base plates and removing the primers and fusers. Several of them were engaged in this when there was a sudden clatter as one of Duncan's grenades fell to the floor. There would have been no danger if the safety pin had been in and Duncan stepped unconcernedly across the room to retrieve it. When he noticed that the pin was, in fact, out and the fuse was already burning, he did the only thing that could have saved the lives of his comrades throwing himself on top of the grenade and sacrificing his own.

He died aged 23 years old and is buried at Enfidaville War Cemetery, Tunisia. 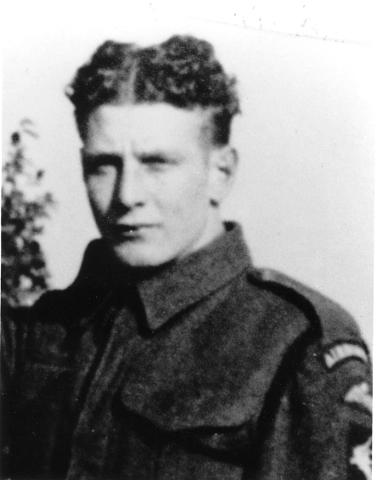