I joined the army in 1979 and following my training was posted to 47 Air Despatch Squadron at RAF Lyneham.

I moved onto the Joint Air Transport Establishment in 1983 and soon after volunteered to join 5 Airborne Brigade. I passed P Company in the winter of 1984 and served with 63 Para Squadron until leaving the army in 1988.

I enlisted with 10 Para (V) a year later and served with the mortar platoon until 1992. 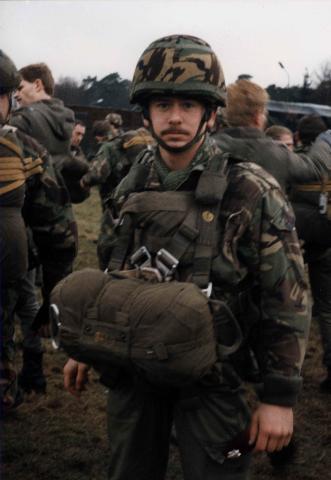