Cecil Smith was born in Tamworth in 1925.

He volunteered for The Parachute Regiment in 1943 from the Royal Armoured Corps (RAC), and attended Parachute Training Course number 77 at RAF Ringway. The course ran between 9 and 18 August 1943, and his instructor noted that he was a ‘good all round man’.

Private Smith was posted to the 13th (Lancashire) Parachute Battalion, which jumped into Normandy in June 1944.

Pte Smith, aged 19, was killed by a direct hit from German shellfire on the slit trench he was occupying near Le Mesnil during the early hours of 25 June 1944. He is now buried in Ranville War Cemetery, Normandy.

Private Ray ‘Geordie’ Walker remembers the circumstances of Private Smith’s death: ‘On the 25th June the Germans decided they would give 13th Para a night to remember. Just before midnight they opened up with a terrific barrage of shelling and mortaring. This would prove the heaviest bombardment we would endure during all our fighting.

'During this action my pal Cecil Smith and I occupied a trench on top of a dyke adjacent ‘Charlie’s Farm’. Our situation was precarious and we were pleased when our Platoon Commander (Lt Hodgson) joined us and gave us moral support, as a couple of teenagers we were glad of his presence. By now our position had become untenable and Lt Hodgson ordered me to run back to Company HQ and inform Major Cramphorn that he was withdrawing from our trench as it would soon cease to exist.

‘Running as fast as possible across a field I delivered my message and on making my way back to Lt Hodgson I stumbled across a body lying at the foot of a tree. By the light of the gun flashes I was looking at my pal Cyril; he had been killed by a shrapnel wound to the head. His death saddened me because we had been pals for seven months. Many years were to pass before I learned that his real Christian name was Cecil. It was common practice to identify friends by nickname only.’

Extract taken from 13 – Lucky for Some. The history of the 13th (Lancashire) Parachute Battalion by Andrew Woolhouse.

By Rebecca Blackburn with information supplied by Andrew Woolhouse 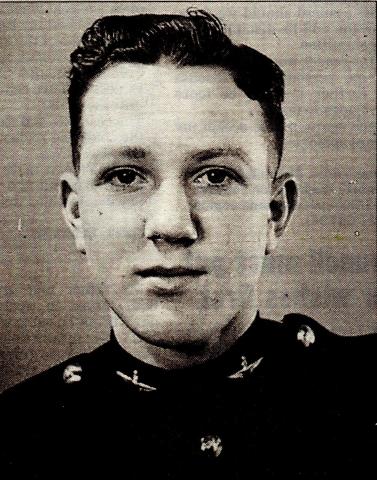