"National Service - you either liked it or hated it.

I was in a Holding unit waiting for a Posting - and was stuck in an Office - which did not suit me at all. I had been competing in off road Motorcycling events since I was 16 – International Scottish 6 day Trials held at Fort William for example, so I was very fit.

I got called in to the main office and told there was a vacancy at the Parachute School, I jumped at the chance!

When I arrived there, it was noticed that I was medically unfit for that Unit due to a serious accident. My right leg was shorter than my left - as I had both bones in my lower right leg broken in a Motorcycle accident - which was not my fault. A car driver doing a U turn did not see me coming and hit me side on. I did not walk with a limp after recovering - I just dropped my hip a bit.

Major J.A.N. Sim MC, told me he would send me to have another Medical inspection and test. This was done - and I had my rating upgraded to Grade 1.

He was the kind of man who got great respect from all men who knew him, and he inspired the best in you. But you had to live up to what you said you would do, Selection Course Aldershot was next, and I managed to pass that testing episode P course. Then got my Wings!

It was only possible thanks to Major J.A.N. Sim MC." 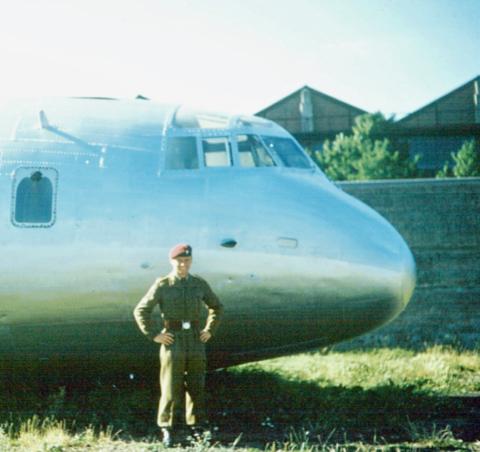