'John' Jacobs was born on the 20 June 1913. He qualified as a doctor at the University of Bristol Medical School and practiced in various hospitals including in the USA and Australia.

He served for three years as a Medical Officer with different units and all over the world, including the North Africa campaign in late 1942, before volunteering for Airborne Forces in 1943. Captain Jacobs attended parachute course 75 at RAF Ringway in 1943, and was posted to the 224th Parachute Field Ambulance, stationed at Bulford.

During his time at Bulford, the unit was visited by the Assistant Director of Medical Services (ADMS), Colonel Malcolm MacEwan:

‘It was late in the month of May 1944 when the ADMS 6th Airborne Division summoned all medical officers to a conference at the 224 Field Ambulance Officers Mess.

After a brief pause at the bar for a whiskey and soda the Colonel abruptly emptied his glass and claimed our attention with this startling request: ‘I want a volunteer for a forlorn hope’. After an uneasy silence and pressed for more details about this desperate sounding assignation he indicated that a medical officer was required to accompany a coup-de-main party of Company strength whose task by landing in gliders, was to capture a bridge over the river Orne at a point three miles inland from the Normandy coast. They were to hold it until relieved by parachute forces dropped some two hours later not far from the same area. They would be the first of all Allied troops to land in Europe. Casualties might be heavy.

There was a further awkward period of silence as we all assimilated the basic facts of this perilous assault in which one of us would be taking part.

Then as the great man’s piercing gaze swept the room most of those present muttered his willingness to accept the dubious honour (in terms of survival) of the job. The fact was that frightened though each one of us was by the horrendous prospects our motivation was decisively influenced by the probability of our Commander’s scorn for anyone who didn’t volunteer.

The Colonel thanked us saying that, of course, he expected this favourable response, that he would decide later which officer it should be and then with a final ‘Good-night, gentlemen’, he departed leaving us all in a state of considerable discomfiture and apprehension.

About a week later I received an order to report to Divisional HQ. With mounting excitement and curiosity I presented myself at the office of the ADMS. ‘Well, you wanted action,’ he said, ‘and now you’re certainly going to get it. You will be the MO for that coup-de-main force I tolk you about last week. You will report to Tarrant Rushton airfield after a week’s leave starting now. Colonel Harvey will take you down there and will give you all details of your responsibilities when you get there and not till then.’

When my leave ended I contacted Colonel Harvey and he drove me in his staff car to my rendezvous with the assault force already assembled in tents near the airstrip at Tarrant Rushton. The camp itself was surrounded by layers of barbed wire and heavily guarded. The unit, 160 men of D and B Companies, Oxfordshire and Buckinghamshire Light Infantry was under the command of Major John Howard.

Colonel Harvey took me aside in a conspiratorial sort of way and proceeded to give me the top secret details of the operation in which I was to be involved. It was a glider-borne assault on two bridges near the coast in Normandy. As MO I would be provided with six medical orderlies (one per glider) and basic medical equipment, enough in fact to initiate treatment for casualties before evacuating them to the medical teams, with their surgeons and equipment, landed by parachute at appropriate points within the Divisional Dropping Zone. Once landed I would set up a Regimental Aid Post at a place to be decided upon, probably somewhere between the two bridges. I would have to cope with the situation until the two Parachute Field Ambulances, the 224th and 225th, dropped about an hour later, were able to reach us and take over the responsibility of attending to the casualties.’

Extracted from ‘All Spirits’, by J Vaughan.

Captain Jacobs went into Germany with the 2nd SAS as temporary Medical Officer in 1945 and changed his name to Vaughan, which he kept for the rest of his life.

After the War ended, he returned to medicine, as well as writing the book ‘All Spirits’ in 1988, about his experiences before and during the Second World War.

By Rebecca Blackburn with information supplied by Bob Hilton and J Vaughan. 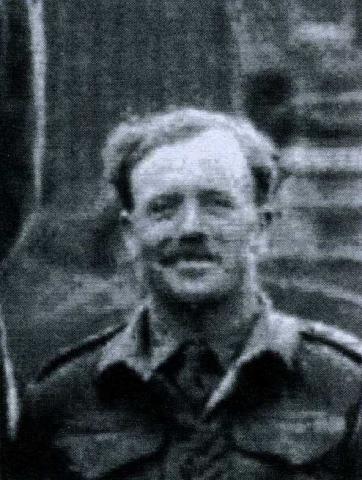