One of the National Servicemen who was the backbone of the Regiment for about ten years. My P Course started on 27th December 1955 and lasted ten days.

From there we went to Abingdon where we were stuck for weeks on end due to blizzards. After that it was to the spider block on Gun Hill for a few weeks where we worked as dustmen, and orderlies on the insane wing of the Cambridge Hospital.

Then at less than 12 hours notice we were hauled down to the docks and shipped out on the Empire Ken. This ship had two speeds slow and slower and had been a German U boat tender and a German hospital ship during WW2. All the bedding was still covered in the swastika!

Mind you,the stop off through the Med' was a lot of fun. When we got to Cyprus I wound up getting the job of running the camp cinema while we were in camp. When we were not on patrol I was excused all duties to run the cinema and that is a story in itself. 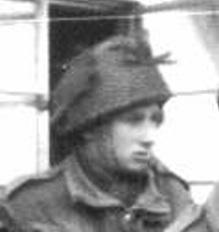