Bryan Quinn joined 5th Battalion, The King's Regiment (Liverpool) in April 1933 and served with the battalion until late 1941, when he volunteered for airborne forces following the formation of 1st Parachute Brigade.

Pte Quinn was posted to B Company, 3rd Parachute Battalion, and qualified as a military parachutist on Course 4 which ran at RAF Ringway from 17 to 23 December 1941.

He saw action in North Africa, Sicily and Italy with the 3rd Para Bn and returned to The King's Regiment (Liverpool) in June 1944, possibly due to a back injury sustained during a football match.

In 1945 he was involved in mine clearance in France.

By Wendy George with assistance from Gerry Quinn. 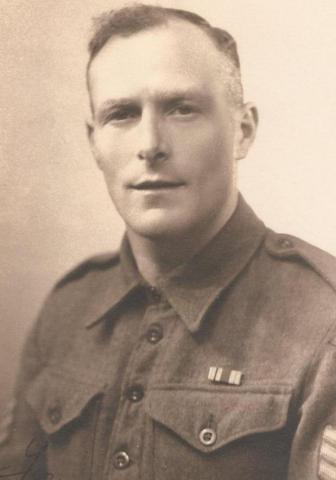