Brian Oldfield began his Army service at 15 Physical Training Centre, Winchester in May 1945, before joining the new Parachute Infantry Training Centre based at Newport, on the Isle of Wight in July 1945. After three months he moved to Hardwick Hall, in order to prepare for his Parachute Course (No 190) which he passed at Ringway on 3 February 1946.

After a spell in the Holding/Reserve Battalion at Piddlehinton, he was sent to join 3rd Parachute Battalion, then part of 6th Airborne Division, in Gaza, Palestine in June 1946. After being deployed for 2 years, he returned after earning the GSM for Palestine.

Returning to the UK as part of the short-lived 2nd/3rd Battalion, he joined the newly raised 2nd Battalion in Summer 1948. He served in Germany as part of the British Army of the Rhine (BAOR) and was later deployed to the Canal Zone in Egypt as part of 16th Independent Parachute Brigade He was awarded a second Clasp to his GSM before leaving the Battalion in December 1952. 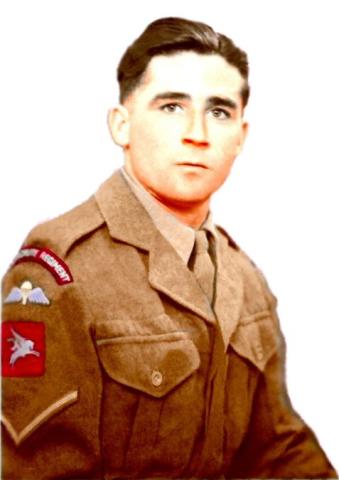