The following information appeared in the Portsmouth News 13 July 2010:

"Sgt Brown, a father-of-three from Portsmouth, was an army veteran of nearly 10 years.

He served with the 2nd Battalion The Parachute Regiment in Turkey, the Trucial States in the Persian Gulf, Germany, Malaya and Norway as well as in Northern Ireland.

Mrs Simmons, of Henderson Road, Eastney, said: 'He loved his career and his family. He was a wonderful dad. When he died our children were very young. Eve was four years old, Amy was two and Jake was just eight weeks. They don't remember him.

'I'm proud to receive the Elizabeth Cross, something in his memory. It's lovely that we've got something after all these years.'

Sgt Brown was awarded the General Service Medal 1962 Clasp Northern Ireland in 1974 and he is commemorated at the National Memorial Arboretum." 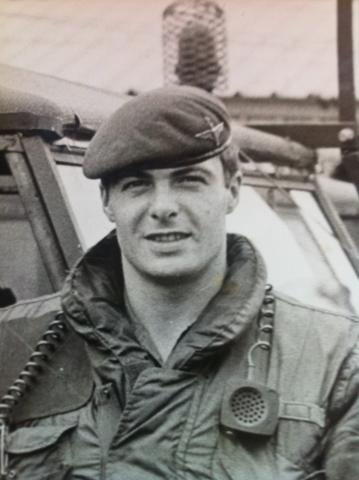