It is with great regret that we have to report the death of Capt. Brian Oxley-Boyle on 14th September, 1950, after a brief illness.

He became a member of The Parachute Regiment in December, 1947, joined the 7th.Light Infantry Battalion at Ogbourne St. George, and at the time of his death was serving as Adjutant of the 3rd Battalion.

He was a keen sportsman and captain of the Battalion 'cricket team, who were runners-up in the Rhine Army Competition in 1949. He also played hockey and squash rackets for the Battalion.

If there was one quality of his which stood out above all others it was his unfailing sense of humour and cheerfulness. No situation could be so uncomfortable or so black, that Brian's sense of the ridiculous would not find a scrap of humour in the situation and thus reduce it to its proper proportion.

A keen soldier whose quick brain went straight to the centre of any problem, he will be sadly missed by all his friends in this Regiment and in The Rifle Brigade. 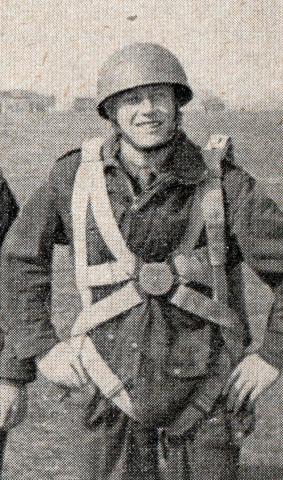