Sir Brian Edward Urquhart KCMG MBE was born on 28 February 1919 in Dorset to Murray McNeel Urquhart and Bertha Rendall. He was later educated at Westminster School and then at Christ Church, Oxford.

At the start of the Second World War, and still a student, Urquhart enlisted in the Army, incorrectly, as he thought he was completing a form for the Royal Navy! After training in Colchester, he served with the Dorset Regiment before volunteering for airborne forces.

Injured whilst parachute training in 1942, he recuperated for some months before rejoining airborne forces in the Middle East in April 1943.

In late 1943 he returned to the UK and worked as chief Intelligence Officer at 1 Airborne Corps at Moor Park, with the rank of Major, during the planning phases for the many cancelled operations up to and including Market Garden.

Urquhart raised concerns over the presence of not only enemy armour in the area - based on imagery from reconnaissance aircraft and reports from Dutch resistance groups and later by codes intercepted at Bletchley - but also the distance of the DZ/LZs from the target; and the narrow roads that the armoured support would have to take. The concerns were raised up to command level, but the decision was made to continue. Urquhart himself was placed on medical leave.

However, within just a few days, Urquhart was on a transport to rejoin Browning’s command in the Netherlands as his concerns had been proven correct.

After Arnhem, Urquhart transferred to T Force and a unit that was tasked with tracking down German scientists and equipment, and were one of the first units to enter Belsen.

Post war, Urquhart had a fulfilling and successful career with the United Nations, including inventing the concept of blue helmets for peacekeepers. He retired from the UN in 1986 with the role of Under Secretary General for Political Affairs. 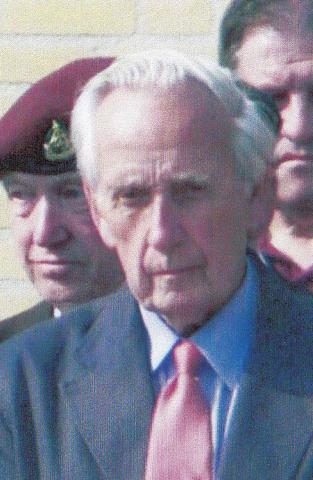