Brian Brownscombe GM. M.B., B.S. (Lond.), M.R.C.S., L.R.C.P., son of Herbert and Edith Brownscombe, of Watchet, Somerset, was granted a commission in the Royal Army Medical Corps and then volunteered for airborne forces.

Captain Brownscombe successfully completed his glider training and was attached to 2nd (Airborne) battalion, South Staffordshire Regiment. He took part in the Sicily (Husky) campaign where he was awarded the George Medal. He also took part in Operation Market Garden (Arnhem).

Capt Brownscombe set up a Regimental Aid Post (RAP) assisted by the Padre in the back of the Arnhem Municipal Museum where he allowed himself to be captured on 19 September and moved to the St Elisabeth Hospital. After a few days he went to the Arnhem Municipal Hospital with a lot of casualties transferred from St Elisabeth Hospital as they were unable to cope with the numbers, and worked to establish a properly organised facility. On the evening of Sunday 24 September they were visited by three German War Reporters who attempted to use the staff and wounded for propaganda purposes, to no avail. Captain Brownscombe went outside with one of the reporters, a Dane who had joined the SS, when another reporter, for no apparent reason, murdered him with a shot through the head from behind. After the war, the United Nations War Crime Commission investigated the incident. They were able to track down the murderer and he was caught and convicted in the early sixties.

Capt Brownscombe was murdered by S.S. Sgt Karl Lerche on 24 September 1944, aged 29, and buried by the Reverends Daniel McGowan and Alan Buchanan in the grounds of the Arnhem Municipal Hospital. He was re-interred to Arnhem Oosterbeek War Cemetery on 28 August 1945.

If you are part of Capt Brownscombe’s family and would like to complete this biography, you can apply to the curator to do so. To do this you will need to become a member of ParaData and select the 'friend or family member' option on the registration form. If you would like to find out more about becoming a member please visit our registration page. 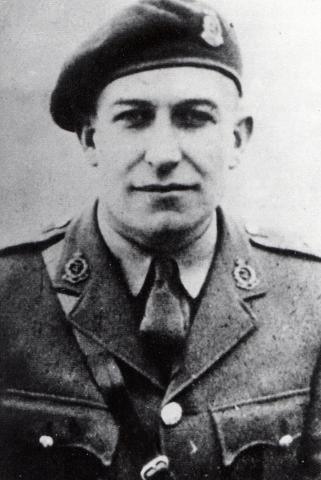