Billy Thomas Redmayne from Laxey on the Isle of Man was a pupil at St Ninian’s High School before he enlisted into the Royal Electrical Mechanical Engineers at the Army Foundation College at Harrogate (AFC Harrogate) in January 2008. In October 2008, whilst still at AFC Harrogate he transferred to The Parachute Regiment.

Private Redmayne joined P Company at ITC Catterick in January 2009 and Passed Out in April of that year. He was then posted to A Company, the 1st Battalion, the Parachute Regiment (1 PARA) and undertook his Basic Parachute Course at RAF Brize Norton in October 2009.

In 2011 he was posted to F Coy and he came 1st in the Anglesey International Novice Formula 600 motorcycle race.

During 2014, Pte Redmayne then won the Manx Grand Prix (MGP) 2014 Newcomers and came 2nd in the MGP 2014 Junior race, he also won the Aitcheson Trophy, the Duncan Muir & Val Conaty Trophy, the Wallace Cup, The GD Hanson Trophy, the York Trophy, the Alan Hampson trophy and the Hogg Trophy. He was also awarded The Fishmongers' Company Trophy for Outstanding Achievement in 2014 as he won the Newcomers race while on R & R from an Afghanistan tour. He was promoted in 2015 after gaining a Distinction in his Para Junior Non Commissioned Officers Cadre.

2015 saw more success with L/Cpl Redmayne winning the MGP 2015 Junior race and the following trophies:-The York Trophy and the J W Davie Club Team Trophy also he became a member of The Tommy Club for completing a lap of the Isle of Man Mountain Course at an average of above 120 mph. At the 2015 Southern 100 races he was best newcomer 2015 as a senior in the Radcliffe Butcher 600cc race, the S&S Motors 600cc race, the Ellen Vannin Fuels Seniors race and the Manx Gas Solo championship race.

By 2016 he was serving in D Company and regarded as one of the brightest prospects in his sport with his battalion fully supporting his racing career.  Lance Corporal Redmayne moved to F Coy stores in 2016 so he could train for The International Isle of Man TT (Tourist Trophy) Race (the Isle of Man TT).

He gained 5th place on the morning of the 17 April in the Bob Smith Spring Cup at Oliver’s Mount 2016. Sadly L/Cpl Redmayne suffered Head injuries in a motorcycle crash on the afternoon at The Bob Smith Spring Cup meeting at Scarborough on Sunday 17 April 2016. His life support was switched off on Tuesday 19 April 2016 at James Cook University Hospital in Middlesbrough and his wish to donate his organs was honoured. The Regiment managed to get his family over from the Isle of Man in the early hours of Monday the 18 April so they could be at his bedside.

25 year old L/Cpl Redmayne was given a military funeral on 13 May 2016 at the Douglas Crematorium, Isle of Man.

During his military service he served three tours in Afghanistan. 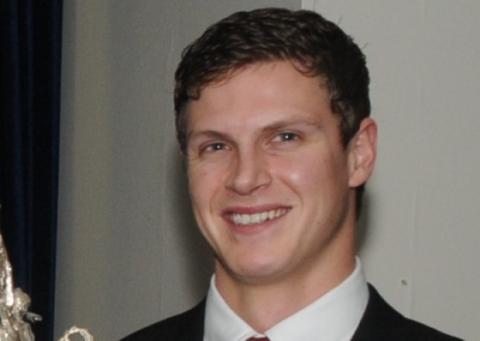