Bernard Oliver Brunt was the son of Bernard and Frances Adalla Brunt, of Rotherham, Yorkshire.

He served in the Royal Artillery during World War II and later volunteered for airborne forces, transferring to 2 SAS Regiment.

Brunt was one of thirteen members of 2 SAS who took part in Operation Speedwell, a parachute mission into Italy behind enemy lines to interrupt German military rail movements across the Apennine passes.

The men endured a long flight, after taking off in two Albermarles, from Kairouan airfield in North Africa.The second stick parachuted into the Magra valley near Pontremoli, on the night of 7/8 September 1943.

Dudgeon’s and Brunt’s movements for the first few weeks are unclear but there is some anecdotal evidence of sabotage activity in the area at this time. It is known that they later stayed with a farmer about 15 kilometres south of Pontremoli for around six days, and moved off at the end of September, having gathered further intelligence about German movements and personnel.

At about 22.30 hours on 30 September, Dudgeon and Brunt hi-jacked a German Army car on the main road passing through Santissima Annunziata village - wounding one of the German occupants, and killing the other.

They drove up the narrow mountain pass to La Cisa, where they encountered a German military roadblock, at the moment the guard was being changed. Unfortunately, suspicions were aroused by their exchange with one of the guards, which resulted in them being ordered out of the car and placed under arrest.

After interrogation, they were both taken down to a site below the village and executed. Eyewitness accounts describe their exemplary behaviour and courage.

Pct Brunt died on 3 October 1943, aged 21 years. Both he and Captain Dudgeon were initially buried in shallow graves next to the execution site. They were later reburied alongside each other in the Commonwealth War Graves Cemetery at Il Girone, Florence. 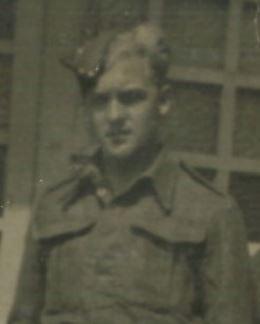