Ben Swallow was born in June 1921 at Lincoln and after schooling began training as a solicitor’s clerk. He enlisted at Lincoln on 8 February 1939, probably into the Lincolnshire Regiment. Whilst with this unit he took various radio courses and one in PT. In 1941 he applied for transfer to the RAF, and in the summer of 1942 trained as a glider pilot doing 27 hours flying at the EFTS at Clyffe Pypard before failing and being returned to the GPR Depot in July 1942. Rather than return to his unit he joined the 21st Independent Para Coy and went on their first parachute course from the company in August 1942.

Early in October 1942 Ben took a Documentation Course at AAC Records Office and on returning to the 21st became the unit’s first Orderly Room Corporal. After serving with the company in North Africa and Italy he joined No. 1 Platoon and was promoted section sergeant in April 1944. Ben commanded his section at Arnhem and suffered a bad gunshot wound in his thigh, whilst occupying the house at No. 8 Stationsweg on the morning of 24 September.

Sadly, Ben (23) died of his wounds on 13 December 1944 at the Juliana Hospital in Apeldoorn and was buried in the General Cemetery at Heidehof, later being re-interred in the Oosterbeek Cemetery.

Reproduced from “Leading the Way to Arnhem” (ISBN 979-90-812703-1-1) with the kind permission of the authors (Peter Gijbels and David Truesdale) and publisher (Robert Sigmond). Based on the Fred Weatherly Files, Official Records and Personal Accounts of Members of the Company.

Prepared for ParaData by Harvey Grenville 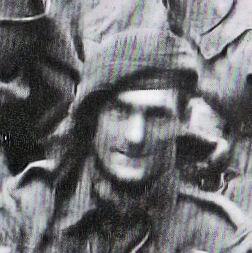