Arthur Smith was serving with The Royal Artillery during World War II when he volunteered for airborne forces.

He qualified as a military parachutist on Course 96 which ran from 16 to 30 December 1943 and subsequently served with A Company,9th Parachute Battalion, which took part in the campaigns in North West Europe during 1944-45.

Having participated in the Normandy and Ardennes campaigns, Arthur Smith was killed in the opening stages of Op Varsity, an operation tasked with securing the Rhine Crossings into Germany. 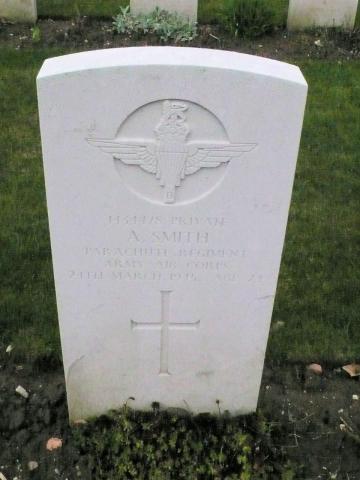