Arthur Reginald Moore enlisted into The General Service Corps in 1942 and then served with The Kings Royal Rifles.

He volunteered for airborne forces in 1943 and qualified as a military parachutist on course 71 which ran at RAF Ringway in July 1943. The course instructors’ notes record ‘Nervous but shows no hesitation’.

Pte ‘Reg’ Moore was posted to B Company, The 3rd Battalion The Parachute Regiment and served in Italy before returning to England.

On Saturday 16th September 1944 he was allowed time off by his Company Officer Commanding, Major Alexander Peter H. Waddy from his unit to return to Spalding to get married. He married Jenny at 11.15 at Spalding Registry Office, together with one other serviceman who was also about to be deployed. He returned to his unit the same day and on the following morning took off from RAF Saltby for Operation Market Garden. He jumped with 3 Para into Arnhem, at 2 pm. Sunday 17th September. Whilst in Arnhem Pte Moore kept a brief diary on the back of a photo he carried of his niece. A transcript and photo of this can be seen opposite

This profile is under construction

By Wendy George with kind assistance from Jon Edgington 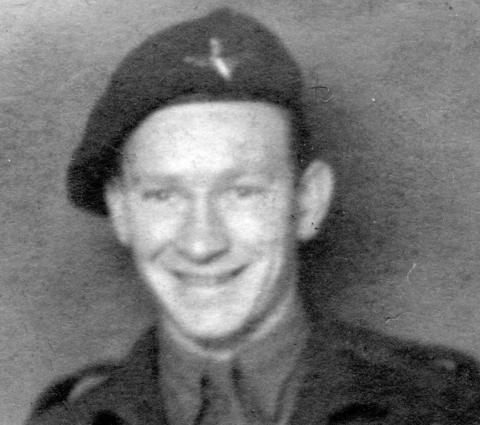