Private Arthur Lishman, son of Frederick William and Kathleen Lishman, of Cullercoats, Northumberland, served with 10th Parachute Battalion. He took part in the Battle of Arnhem, during Op Market Garden.

Records indicate that Pte Lishman was among men from 10th Parachute Battalion who had reached a mile marker 6 kilometres from Arnhem on Amsterdamseweg, about 1000 yards west from a junction with Dreyensweg. They also had a Glider Pilot, Sgt Huxley in their party of nine men. 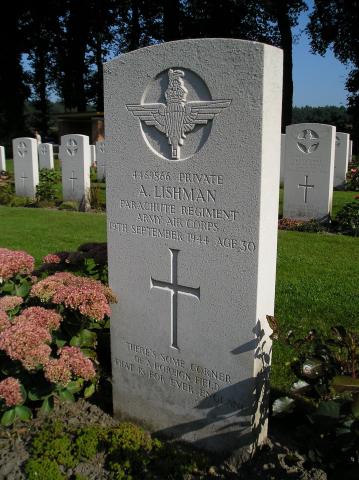