Arthur John Jelleyman was the son of William John and Ellen Jelleyman, of Tingewick, Buckinghamshire.

Gunner Jelleyman was posted to 1st Airlanding Light Regiment while serving with the Royal Artillery during World War II.

He was killed in action serving as a member of No 3 Battery during the Italian campaign.. 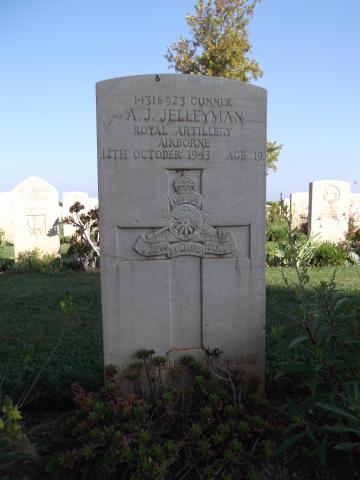