Arthur Edgar Roberts served at the Airborne Forces Experimental Establishment in 1942 to 1943 and was then posted to Heaquarters RASC, 6th Airborne Divison on 4 December 1943.

Lt Roberts was in Normandy with the 6th Airborne Division and was awarded an MBE with the citation reading:

"On the night of the 12th/13th June, a fire broke out in a stack of 105mm ammunition at a dump in Normandy.  The ammunition began to explode and one of the officers attempting to deal with the outbreak was injured.  Lieutenant Roberts with great coolness and ignoring the danger to himself reached the injured officer from the ammunition dump and took him to the dressing station".

He was promoted to Captain and later in December 1944/January 1945 he took part in the Ardennes campaign.

Arthur Roberts MBE was killed in action during the Rhine Crossing on the 24 March 1945, aged 25.

He is buried in the CWGC Cemetery at the Reichswald, 32 D3. 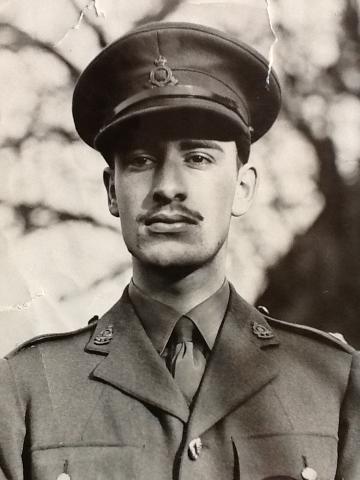