He served on Operation Manna in Greece and was killed on 2 January 1945, aged 21 years and is now buried at Phaleron War Cemetery, Greece. 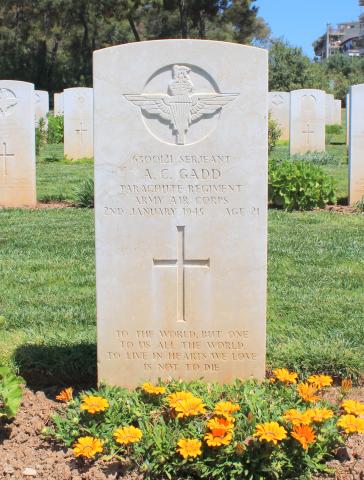