Private Arthur Charles Bachelor, son of Charles Walter and Elsie Edith Bachelor, of Erdington, Birmingham, served with the Army Air Corps. He was attached to HQ 3rd Parachute Brigade and served during the 6th Airborne response to the German counter-offensive in Winter 1944-5. 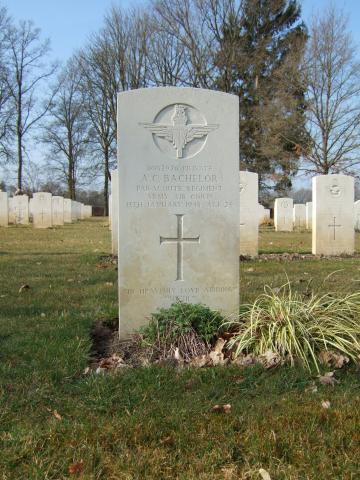