Lieutenant Armar Henry Barnwell Acton, served as the Anti-Tank Platoon Commander with The 2nd Battalion, The Parachute Regiment (2 PARA) and took part in the deployment to the Canal Zone in Egypt.

Whilst leading a search in a Muslim cemetery in Ismailia, Lt Acton was shot in the chest. He died during the night at the Military Families' Hospital.

His obituary in Pegasus, published in April 1952 described him as follows:

"Armar Acton, [...] was a quiet and unassuming officer who got on with his military duties unostentatiously. Patient and slow to anger, Armar Acton was adept at sizing up a situation and getting the best out of it. Beneath the quiet exterior he concealed a robust and ready humour which burst forth with equal gaiety in the Mess and around the brew-can in the field.

This further tragic sacrifice of a young and promising life in these troubled times brings home the urgency of the task of preventing the continued spread of political unrest and lust for aggrandizement."

In Summer 2010, the family of Lt Acton were informed about the award of the Elizabeth Cross in formal recognition of their loss. 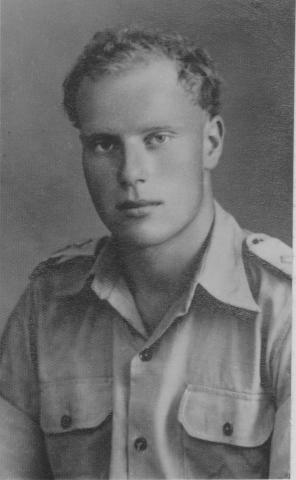