Tony Hunter-Choat enlisted into the French Foreign Legion and served with the 1st Battalion, Régiment Etranger de Parachutistes (1e REP) with whom he was in almost continuous operations for five years.

He was awarded the Cross of Valour three times and the Médaille Militaire while serving with 1e REP.

Shortly after return to the UK in 1962, Tony Hunter-Choat was accepted for officer training, inspite of his age, and commissioned into the 7th Gurkha Rifles (Duke of Edinburgh’s Own).

He transferred to the Royal Artillery in 1964, and later commanded 23 Special Air Service Regiment in the early 1980s.

After retiring from the British Army he became commander of the Sultan of Oman’s special forces in the rank of Brigadier. He was responsible for increasing numbers in the Sultan’s special, and for improving their equipment and capability.In 1995 he was presented with the Omani Order of Achievement by Sultan Qaboos and retired from the Sultan’s service in 1997.

Tony Hunter-Choat was a Fellow of the Royal Society of Arts and a Freeman of the City of London. He was a former president and secretary general of the British branch of the Foreign Legion Association and also a keen Freemason. He was appointed an Officer of the Legion of Honour in 2001 and promoted Commander in 2011.

Anthony Hunter-Choat was born on January 12 1936 in Purley, south London, the son of Frederick, who worked in insurance, and Iris, a schoolteacher. 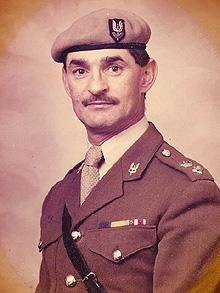