Annesley Freeman Haynes, who was born in Kensington, London, was granted an emergency commission in the Royal Regiment of Artillery on 28 December 1939.

By 1943 he was serving with the 2nd (Oban) Airlanding Anti-Tank Battery, RA as the Second in Command. He saw service in North Africa, but his first taste of action came on ‘Operation Slapstick’, the landing by the 1st Airborne Division at Taranto in Southern Italy on 9/10 September 1943.

This was very nearly a complete disaster for the battery as the ship they were on, HMS Abdiel, a fast minelayer, hit a mine upon entering the harbour and rapidly sank with the loss of the Battery Commander Major Wilson, another officer and 22 other ranks. Captain Haynes had to take over command of what was left of the battery and re-organise them. The battery then saw action in Southern Italy through the rest of September, before being withdrawn into reserve and eventually sailing back to England in December 1943.

By 10 December 1943 he had been promoted to War Substantive Captain, and at the same time Temporary Major to confirm his appointment as Officer Commanding the 2nd (Oban) Airlanding Anti-Tank Battery, R.A.

Upon return to England the battery was initially based at Harrowby in Lincolnshire, and then Uppingham in Leicestershire, alongside other units of the 4th Parachute Brigade, which it was tasked to support in any future operation.

‘After landing I proceeded to 4th Parachute Brigade HQ, it was after dark when I made contact. The next day we crossed the railway line after the Polish glider troops had landed between us and the Germans, the Poles suffered some casualties before joining up with us.

Sometime later I was ordered by Brigadier Hackett to take a party of men to protect the flank of Brigade HQ, myself, Lieutenant Elliott and 17 ORs, whilst they endeavoured to make to the area of Divisional HQ. We came up against a company of German Troops, supported with tanks, for a period we were pinned down by a tank, we had no anti tank gun, except the Infantry PIAT, I was able to send two men under cover of fire to the flank and whilst they could not destroy the tank, they damaged the tracks so it could not move anymore after some while we had little ammo left and we had some men killed and wounded. We were taken POW on the Wednesday.’ [1]

Major Haynes later estimated that the battery were able to get seven 6 pounder and two 17 pounder anti-tank guns over the railway and into the perimeter.

He was sent to Oflag 7B, and given the POW number 535, remaining there until the camp's liberation in the spring of 1945.

Demobilised from the regular Army with the honorary rank of Major in April 1946, Haynes died in December 1999 in Camden, London. 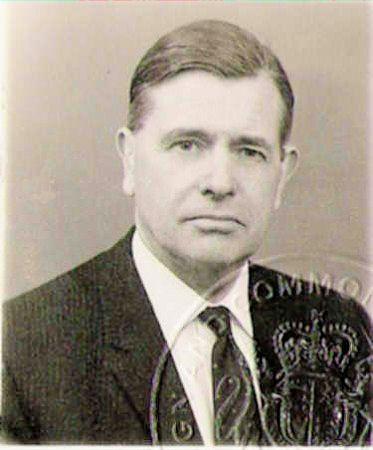