Angus Armstrong originally joined up at 18 years old in the late-1920s and served with the 2nd Battalion Green Howards in Palestine, Egypt, China and India.

After a period in the Reserves, he was called up to 10th Battalion Green Howards when war broke out. When in 1943, 10th Battalion was converted to 12th (Yorkshire) Parachute Regiment, Angus began his Airborne service. A talented athlete, he became part of the Battalion Boxing Team.

By June 1944 Angus was a Lance Sergeant in 1 Platoon A Company. He took part in the D-Day landings to Normandy on 5-6 June 1944 and was killed during the Battle of Breville. 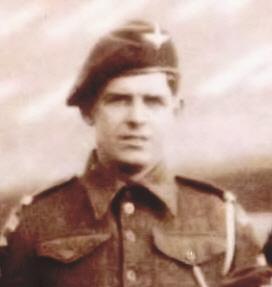