Andrew Fitzgerald served with the Royal Sussex Regiment before volunteering for the airborne forces.

After successfully passing through initial training at Hardwick Hall he went to RAF Ringway to conduct his parachute jump training. Andrew took part on course 34 which started from 12 October 1942 and lasted for 16 days. This larger than usual course consisted of 4 officers and 181 other ranks.

Andrew then became a member of C Company, The 4th Parachute Battalion, and served with this unit until he was 'demobbed' on the 7th October 1946.

Soon after joining he was admitted to hospital for a month, but then rejoined The Regiment at Bulford. In March 1943 he embarked for Currock, arrived at Oran in Morroco and then on to Mascora. He also served in Sousse, Tunis before boarding HMS Sirius for Taranto in Italy. After which he also served in Castledennta, Bari, Lancamo, Togia, Rome and Pontigamono.

On 15th August 1944 he was dropped into Southern France at Le Muy before travelling to Frejus. Andrew then embarked for Naples and Brindisi on a Liberty Ship.

On 14th October 1944 Andrew dropped onto Magara in Greece and then onto Athens, Lamia, Larisa, and finally to Elorima before returning back to Athens.

Andrew returned to Taranto before being sent back to the UK at Hungerford Chiliton Foliat. He was then sent to Palestine, Haifa, Rehovat, Gaza, Sarafand. Then on to Alexandria in Egypt, before travelling back to Aldershot via Marseille in France. 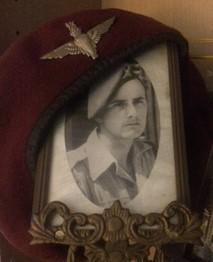