Allen ‘Taff’ Alderman originally from Wales, worked as an office boy briefly at the Isle of Grain Oil Refinery in Kent before enlisting in April 1958 aged 15.

He went to RAOC Boys School until 1960. Whilst there he played Rugby for the RAOC 1st 15 aged only 16 and took part, in AAA Athletics, horse riding, gliding & boxing for the school. In 1961 Pte Alderman trained as a store man at the training school. He was posted to 2 Airborne Company RAOC and took P Coy in April. On return to unit, the company was renamed 16 Parachute Heavy Drop Company RAOC.

Almost immediately after parachute training he was deployed to Kuwait with 2 PARA. He took part in exercises in Germany and Libya. In January 1962 he completed an 8 week jungle warfare course in Singapore and Malaya with the Gurkhas. Followed by a few weeks at the School of Artillery at Larkhill, evaluating the new C130 with the 101st Airborne and completed about 14 jumps.

After a NATO exercise in Greece, based in Volos and Larissa, where he jumped onto the plains of Salonika. Pte Alderman was sent on NCO Cadre and spent the next 8 weeks between Aldershot and the Regiment's Battle School in the Brecon Beacons. After time spent in Greece he found the snow and freezing weather conditions ‘rather harsh!’

He then broke his ankle during a night jump on exercise in Libya. Whilst home on Christmas leave he proposed to his girlfriend, planning to marry that June. But on return to camp he was informed he was going to Bahrain for a year with 16 Para Heavy Drop RAOC and since selected for advance party, he would be leaving in mid February! After a great deal of arguments with the OC, the Army priest and his girlfriend’s parents, a date was set for 2 February. L/Cpl Alderman was given a 4 day pass to get married and return to Victoria Station for onward flight to Bahrain.

In Bahrain with 1 PARA, he spent a year that comprised stints in Aden, on 18 week internal security patrols and up country patrolling - what was termed 'bandit country'. Allen described Aden as:

‘A shitty assignment, housed in tents and surrounded by Flossy [Front For the Liberation of Occupied South Yemen] and a number of other malcontent organisations that wanted us (British) out of Yemen. Whilst on patrol in Aden we received a number of contacts, a lot of abuse plus raw sewage poured over us as we patrolled the narrow streets. On one patrol I received a piece of shrapnel in my rear left thigh caused by a Russia grenade being thrown at us in a position that gave us very little cover, hence the shrapnel in my leg. Up country was very boring patrols and during my time there was very little action other than two skirmishes and a number of sniper attacks, no one was hurt. We placed sandbags on the floor of the Land Rover to protect us from mines. Because of our aggressive tactics whilst on patrol and at various check points in Aden, Barbara Castle (Labour politician) visited and informed the national press (it made huge headlines in the UK) that we, the Paras, were a bunch of animals! It did us the power of good, and nothing changed.’ 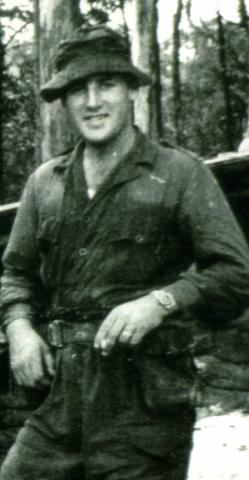