I first came into the airborne fold when I joined the Army Cadets. We were looked after by members of the 12/13 Battalion, Parachute Regiment at Grace Road Drill Hall Aintree, Liverpool.

I stayed with the cadets until I was 17 and then enlisted into the 12/13 Battalion. My TA Para course was March 1958 and we trained at Abingdon but were billeted at Cullem.

I enjoyed the short time I was with the TA and decided to enlist with the Regulars (October 1958) and went through the Para Depot at Maida Barracks with 161 Platoon. Sergeant Jock Score of 2 Para was our Platoon Sgt.

I finished my service back at 3 Para with the Motor Transport and Quarter Masters Department, returning to Civvy Street in March 1982 when I settled in Brecon and have remained there to this day. 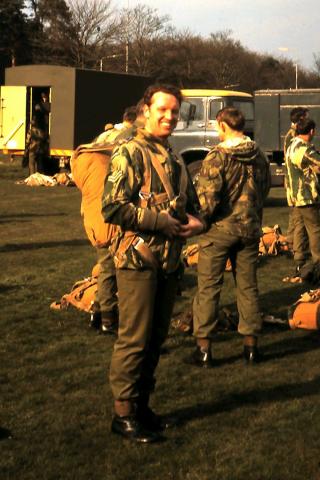