Pte Alfred John enlisted into the Royal Artillery and volunteered for airborne forces in 1943.

After undertaking preparatory training at the Army Air Corps Depot at Hardwick he attended Course 88 for parachute training which ran at RAF Ringway from  18 to 30 October 1943. The course notes record that he was 'a reliable parachutist'.

After qualifying as a military parachutist he was posted to the 13th Parachute Battalion and served with Signals Platoon, HQ Company.

He jumped into Normandy with the Battalion on 6 June 1944 remaining in the line until the breakout to the Seine. He fought with the Battalion through its other campaigns in North West Europe including the Ardennes, Operation Varsity and the Advance to the Baltic. After the war ended in Europe he served with the Battalion in the Far East. 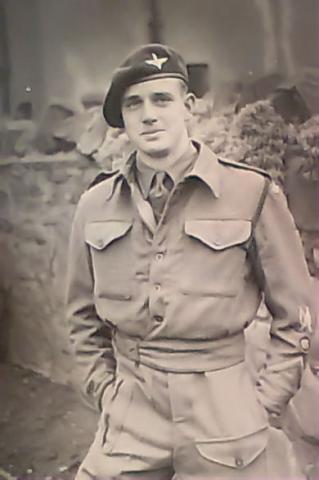